You are here: Home » Destinations » Japan 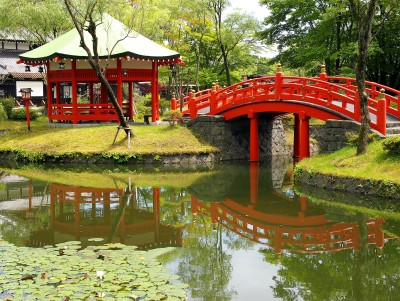 Japan
When you hear the word 'Japan', what do you think of? Does your mind fill with images of ancient temples or futuristic cities? Do you see visions of mist-shrouded hills or lightning-fast bullet trains? Do you think of suit-clad businessmen or kimono-clad geisha? Whatever image you have of Japan, it's probably accurate, because it's all there. But you may also have some misconceptions about Japan. For example, many people believe that Japan is one of the world's most expensive countries. In fact, it's cheaper to travel in Japan than in much of North America, Western Europe and parts of Oceania. Others think that Japan is impenetrable or even downright difficult. The fact is, Japan is one of the easiest countries in which to travel. It is, simply put, a place that will remind you why you started travelling in the first place.
If traditional culture is your thing, you can spend weeks in cities such as Kyoto and Nara, gorging yourself on temples, shrines, kabuki, Å (stylised dance-drama), tea ceremonies and museums packed with treasures from Japan's rich artistic heritage. If modern culture and technology is your thing, Japan's cities are an absolute wonderland - an easy peek into the future of the human race, complete with trend-setting cafÃ©s and fabulous restaurants. Outside the cities, you'll find natural wonders the length and breadth of the archipelago. From the coral reefs of Okinawa to the ski-resort of Niseko, Japan has more than enough natural wonders to compete with its cultural treasures. Then there's the food: whether it's impossibly fresh sushi in Tokyo, perfectly battered tempura in Kyoto, or a hearty bowl of rÄmen in Osaka, if you like eating you're going to love Japan.
But for many visitors, the real highlight of their visit to Japan is the gracious hospitality of the Japanese themselves. Whatever your image of Japan, it probably exists somewhere on the archipelago - and it's just waiting for you to discover it!
Sorry!
We don't currently have any trips departing for Japan. Check back soon!
↑ Return to Top - Contact Us - F.A.Q. - Coach Operators - Group Bookings - Hotels - Attractions - Sitemap - Home
© CoachBookings.com 2022 - Company no. 5808080 - Privacy Policy - GDPR Compliance - Terms & Conditions
CoachBookings.com, 3 Burlington Road West, Blackpool, FY4 1NL, United Kingdom. 0845 33 11 080
Privacy Policy & Cookie Consent
CoachBookings.com uses cookies to improve your experience of the website and collect anonymized usage data.
Accept Policy Learn More