You are here: Home » Destinations » Donegal 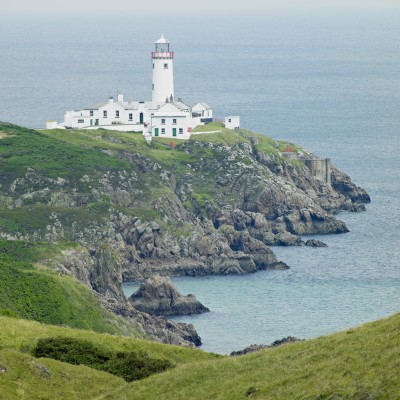 Donegal Town is located at the mouth of Donegal Bay in the North-West of Ireland and surrounded by the Blue Stack mountains. The area offers a rugged beauty and mystique that you are unlikely to find anywhere else in the world! From Slieve League, the highest sea cliffs in Europe to the miles of golden sandy beaches, the region provides activities ranging from high octane water sports to unforgettable country strolls.

Donegal Town has many attractions including, Donegal castle, on the banks of the River Eske and the remains of a Franciscan abbey which dates back to the 15th century on the Southern shore of the Bay. The Annals of the Four Masters are traditionally thought to have been started in the abbey in the early 17th century. The story of Red Hugh O'Donnell, Lord of Tyrconnell, was the inspiration behind many books and films, not least, Disney's The Fighting Prince of Donegal (1966). There are many sandy beaches in the area of Donegal boasting good surfing conditions. Donegal is also used as a base for hill-walking in the nearby Bluestack Mountains.
Sorry!
We don't currently have any trips departing for Donegal. Check back soon!
↑ Return to Top - Contact Us - F.A.Q. - Coach Operators - Group Bookings - Hotels - Attractions - Sitemap - Home
© CoachBookings.com 2022 - Company no. 5808080 - Privacy Policy - GDPR Compliance - Terms & Conditions
CoachBookings.com, 3 Burlington Road West, Blackpool, FY4 1NL, United Kingdom. 0845 33 11 080
Privacy Policy & Cookie Consent
CoachBookings.com uses cookies to improve your experience of the website and collect anonymized usage data.
Accept Policy Learn More