You are here: Home » Destinations » Cardiff 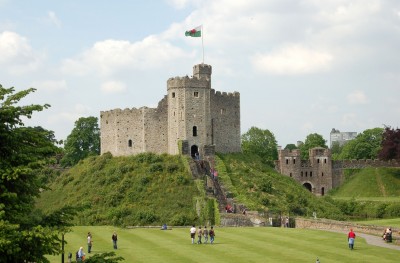 Cardiff is the capital and the largest city and county in Wales. As well as being the political capital, it is Wales's capital of business, education, sport, tourism, culture, media and government. According to recent local government estimates, the population of the unitary authority area is 317,500.
The city of Cardiff is the county town of the historic county of Glamorgan. Cardiff is part of the Eurocities network of the largest European cities.It was a small town until the early 19th century and came to prominence as a major port for the transport of coal following the arrival of industry in the region. Cardiff was made a city in 1905, and proclaimed capital of Wales in 1955. Since the 1990s Cardiff has seen significant development with a new waterfront area at Cardiff Bay which contains the new Welsh Assembly Building, and the city centre is currently undergoing a major redevelopment. International sporting venues in the city include the Millennium Stadium (Rugby and Football) and Sophia Gardens (Cricket). Cardiff is a significant tourist centre with 11.7 million visitors in 2006.
Cardiff is home to the biggest media sector in the United Kingdom outside London, being home to a number of television studios and radio stations, such as the BBC, ITV, HTV, S4C as well as independent broadcasters.
Sorry!
We don't currently have any trips departing for Cardiff. Check back soon!
↑ Return to Top - Contact Us - F.A.Q. - Coach Operators - Group Bookings - Hotels - Attractions - Sitemap - Home
© CoachBookings.com 2021 - Company no. 5808080 - Privacy Policy - GDPR Compliance - Terms & Conditions
CoachBookings.com, 3 Burlington Road West, Blackpool, FY4 1NL, United Kingdom. 0845 33 11 080
Privacy Policy & Cookie Consent
CoachBookings.com uses cookies to improve your experience of the website and collect anonymized usage data.
Accept Policy Learn More