You are here: Home » Destinations » Belfast 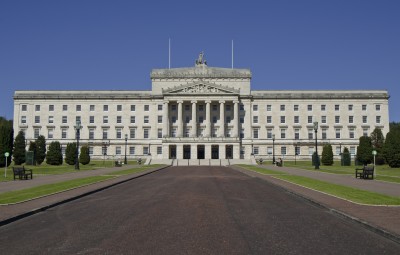 Unless you approach Belfast from the sea you cannot help but come upon the city suddenly because of its fine setting: a 'Hibernian Rio' as one writer has called it, ringed by high hills, sea lough and river valley.
A village in the 17th century, this robust northern metropolis of nearly half a million people - a third of Northern Ireland's population - has much in common with Liverpool and Manchester, those breezy cities across the Irish Sea. Belfast was the engine-room that drove the whirring wheels of the industrial revolution in Ulster. The development of industries like linen, rope-making and shipbuilding doubled the size of the town every ten years. The world's largest dry dock is here and the shipyard's giant cranes tower over the port.
Today the city and the river front are again being transformed. Much of the city centre is now pleasantly pedestrianized, with benches where you can sit and listen to the street musicians.
Sorry!
We don't currently have any trips departing for Belfast. Check back soon!
↑ Return to Top - Contact Us - F.A.Q. - Coach Operators - Group Bookings - Hotels - Attractions - Sitemap - Home
© CoachBookings.com 2022 - Company no. 5808080 - Privacy Policy - GDPR Compliance - Terms & Conditions
CoachBookings.com, 3 Burlington Road West, Blackpool, FY4 1NL, United Kingdom. 0845 33 11 080
Privacy Policy & Cookie Consent
CoachBookings.com uses cookies to improve your experience of the website and collect anonymized usage data.
Accept Policy Learn More